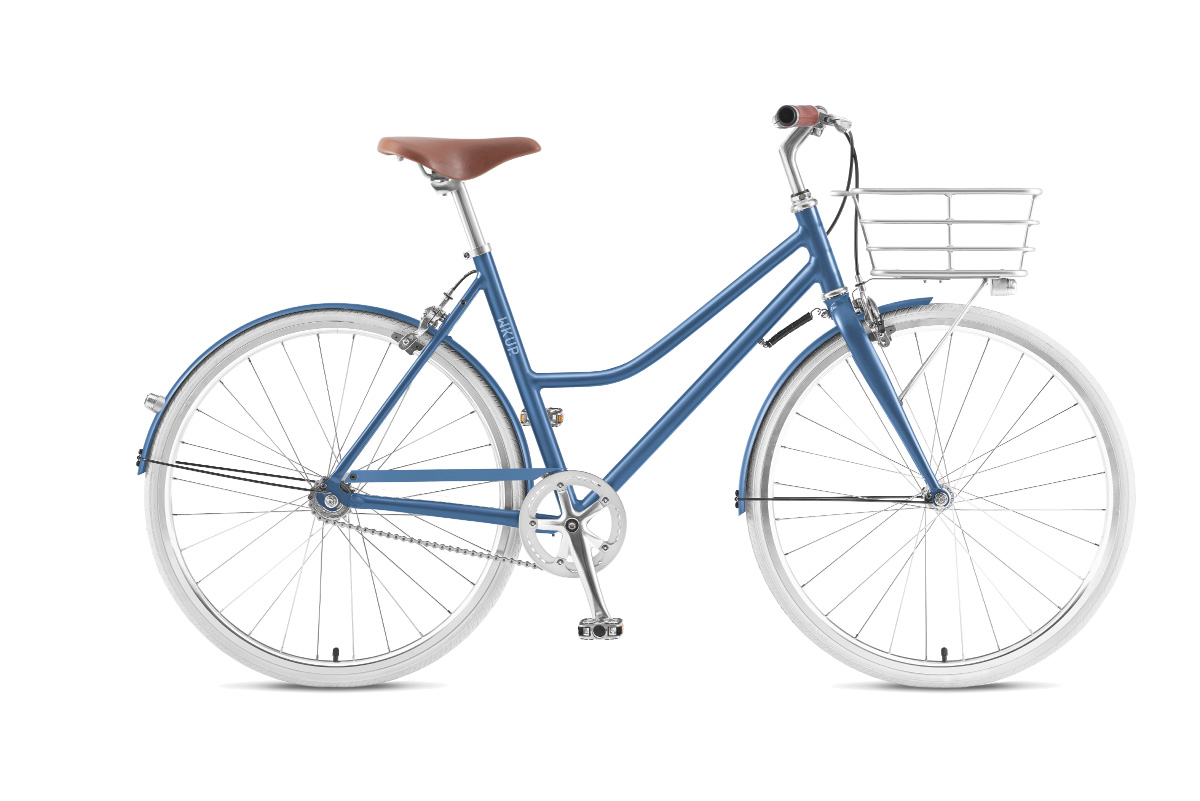 Continuation of an interview with Gao Shusan at the Berliner Fahrradschau, a bicycle lifestyle show. As a co-founder of a startup called WKUP URBAN CYCLING he is busy designing minimalist bicycles.

Especially in Berlin more and more people decide themselves against owning a car at all and just cycle instead. There are real movements like the “Critical Mass”, a protest on wheels for a more bicycle friendly city. Although we are still far away from bicycle meccas like Copenhagen, it still looks like kike we are getting there. How do you see the future of the city? Do you believe in the coexistence of the car and the bicycle, or will the cities of tomorrow be car-free?
I think there will always be a reason to own a car, even for me. But sometimes it’s just not comfortable. A car can simply not give you what a bicycle is capable to, namely to regenerate yourself, to feel vital and ultimately to make life more simple. So, for long stretches I drive car. But within the city, I use my bicycle, simple as that! We will always need cars in our cities, and be it only for emergencies or the transport of goods.

There are these famous lines „…there are nine million bicycles in Beijing… .“ However, it seems today there aren’t any. Where have all the bicycles gone?
I think we are in a phase in which everyone wants to simply own a car. Even if there are outstanding examples like Copenhagen, as you mentioned already, where just everyone rides a bicycle. The crux is: Before you owned a car, you can not get away from it. This dilemma cannot be skipped, you have to go through this process. Right now, everyone in China wants to buy a car, which by now has become also affordable for everyone. And then, after they own it they will learn about all the disadvantages of driving. Look at Beijing, the city is a total car chaos! We are at the very peak when it comes to the desire of owning a Automoblil in China. Having exceeded this critical point, which will result in the understanding of how great the resulting problems are, we will see a decrease of cars and automatically more bicycles on our streets.

Do you believe in a renaissance of the bicycle? How can we get the nine million bicycles back to the streets of Beijing?
This simply has to happen, otherwise we are doomed! The pollution in Beijing, just as one example of many, is so bad. I haven’t been in Beijing for quite some years and I was really shocked when I revisited the city just recently. In Beijing, it is much worse than in Shanghai, as Shanghai is located at the sea. However, in Beijing there is this movement that calls itself “99 Methods”, which is about showing ways out of this misery.

Cycling, as their motto, is an essential element to the rescue of Beijing. This movement is important because it propagates that each individual can do something against pollution. Use your car less, cycle more! But anyway, to ride a bicycle in such a bad air is not a good idea in my opinion. First, we must reduce air pollution significantly. The car is actually not the major problem, it’s the factories and mines around Beijing. China cannot simply close them all as that would have a strong influence on the economy of course. So there is nothing left as to go through this whole process, just as you did a hundred years earlier. We have to learn our lesson just as you did, only faster.

What arguments could convince a Chinese to cycle more?
Good question! This is something I often think about also. Buying a bicycle is just something else as buying clothes. You don’t think about wheather or not you need clothes or not, with a bicycle that is of course different. We want to convince people of Shanghai that they must do something about stress and hectic, and that cycling is a suitable medium to do so. You exhaust yourself a little bit, but not too much. You can think while cycling, regenerate yourself, and that’s what people really need. That’s exactly why in China we have this strong trend for jogging. For me, cycling has something spiritual as it gives you a sense of freedom. This is something completely different than to stare into the smartphone while driving in the Metro. A bicycle frees your day!

In this country, many think that China needs to learn from the west. But when I meet people like you and your colleagues from WKUP, I suddenly realise that there are so many talented people around. People with great ideas and the will to realize those. Let’s turn the question therefore to: What can we learn from China?
I think we are still in the process that we can learn more from you than you from us. But China is absorbing. China has this culture to be able to absorb a lot of things. For me, China is therefore richer in energy. The people here are more devoted in doing something now as is the case in Europe. Young people almost always work late into the evening. This energy is what we want to transfer into our bicycles, this spirit of hard work, which accounts for Shanghai.

Gao, thank you very much for your time.

Liao Yiwu – The Corpse Walker: Real Life Stories: China From the Bottom Up

Moganshan – about a very special, almost forgotten place in front of Shanghai and how an Englishman lost his faith in China, just to rediscover it right there.

Thank you for reading my stuff!