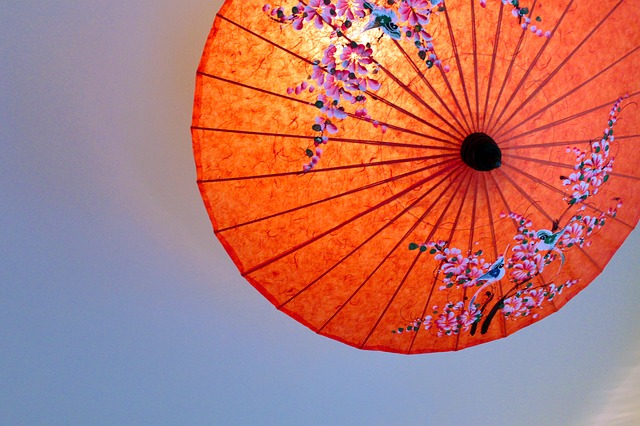 »The Corpse Walker: Real Life Stories: China From the Bottom Up«, Liao Yiwu calls his book, which has reached the world public after a long time and approaches to prevent its publication.

The author talks with the persecuted, the humiliated and the outcast – he was one of them – at times of the Great Cultural Revolution, the years of terrible hunger and the present. The result is an extremely important and controversial contemporary witness. Important because of its description of the incredible scale of this revolution, which resulted in the death of millions of people in a non-wartime. Because it becomes clear to the reader that the former perpetrators today live next door to next victims and that they are not accountable to this day. Because it becomes clear how fast an offender became a victim in these days, and a staunch revolutionary an outlaw. It is the picture of China at a time when a human life counted less than a bowl of rice, when madness became lord of the people. When we now think of our own, once divided Germany and the laborious reprocessing, which is far from complete, you will probably get a feeling for the many people in China who are not allowed to talk freely about their experiences to date. Liao Yiwu gives all these people a voice, which makes him a very courageous man.

About the author
Liao Yiwu, born in 1958, grows up at times of great hunger during the so-called ‘great leap forward’. A time when there is no food available anymore and opponents of the revolution, selected from arbitrariness, are persecuted bitterly. His father, an intellectual, is targeted in 1966 and charged so that Yiwu is growing up in extreme poverty alone with his mother. After secondary school, he travels around the country, earns his living as a cook and truck driver. During this time he comes into contact with Western poetry and begins to write himself. Later he becomes part of a literary scene in the underground, which hated by authorities as spiritual pollution. In 1987, his name is put on the famous black list, and in 1989 he records his text, Massacre ‘on tape, which topic is the shots of soldiers on defenseless students on June 4th in 1989 at Tian’anmen Square in Beijing. This band is spreading, and he was sentenced to four years in prison for propaganda. And a Chinese prison, as one will learn while reading this book, is hell on earth.

Violence and Torture
As a victim of violence and torture, he tries to commit suicide before being released in 1994 under international pressure. Back in the freedom, long abandoned by his wife and child, all his former friends avoid any contact to him. He works as a street musician, in restaurants and in bookstores, and now the idea grows in him to undertake interviews with people of the lowest layer of society, to which he counts himself, too. In 2001 his book is published with great success in China, before the sale is prohibited. In 2002 he manages to smuggle the manuscript to Taiwan, and so it appears in 2003 in the western world. Since then, the authorities are trying to make his life as hard as possible. They, for example, don’t let him go to the Frankfurt Book Fair 2009, where he his invited. Two years later Yiwu flees to Vietnam and from there to Germany. He now lives in Berlin.

A small historical excursion
From 1949 to 1966 only one man rules in China – Mao Zedong. Under his rule, more than 45 million people loose their lives in non-war. As the great leader proclaims the People’s Republic of China at the beginning of his tenure, the country is among the poorest in the world. Until 1952 the great land reform takes place, which results in the expropriation of rich farmers in favor of the poor. Industrial enterprises are nationalized. The small farmers are be invited to take revenge on their former masters. What follows is a wave of violence, which manifests itself in hate campaigns, public demonstrations, humiliations, torture and killing. Choosing the victim is often completely arbitrary, with no process. It’s a steered popular anger with the goal to reverse the situation and eliminate any political opponents.

Let a hundred flowers bloom
1956 the campaign ‘Let a hundred flowers bloom follows, when intellectuals are invited for constructive criticism of the system. This is done intensively and Mao Zedong uses the opportunity to “lure the remaining opponents out of their holes”, and eliminate them forever. That means in plain language that they are tortured in the hundreds of thousands, killed or exiled to labor camps far from home.

The five-year plan
1953-57 the so-called five-year plan follows. According to the Soviet model an industrial country should become out of this backward, agrarian land. Unlike the Soviet Union an individual Chinese way is wanted, a transition to socialism, where simple farmers – not the proletariat – form revolutionary mass. Ownership is smashed and the deep familiar coinage of the Chinese destroyed. One wants a new kind of citizen, who loses any right to self-determination and only obeys to command chains.

“Mein Leben unter zwei Himmeln” by Yu Chien Kuan is probably one the best book ever written by a Chinese exilant. Sadly, this book is not available in english.

The Great Leap Forward
During the great leap forward from 1958 to 60, as when people had not suffered enough, it becomes particularly bad. A certain campaign will result in the greatest famine in history. With the target of becoming a industrial nation, the population is called in all corners of the country to build blast furnaces in order to produce steel. Instead of bringing in the harvest, the Chinese cut down their forests – in many places completely – to generate with ore particles permeated, totally useless, inferior iron out of self-made cookers. Every object that can be found is melted, even indispensable agricultural tools. The meals are distributed centrally through soup kitchens, and any home cooking is prohibited. In these soup kitchens now everyone eats as much as if there were no tomorrow, and no one is aware of what is coming soon. In 1960 there is no food anymore, nothing, on a harvest nobody was thinking. Until 1962, the people will suffer the worst hunger. People will eat the bark of trees, insects and clay, until from this there will be nothing left. Cannibalism will follow, and indescribable suffering.

The Cultural Revolution
This brings the great leader in the cross-hairs, and political opponents look for their chance to seize power. In order to extinguish this, in 1966 the Great Proletarian Cultural Revolution is proclaimed for the eradication of capitalist remnant, which will last until 1976. Again people are humiliated and killed in the millions, historic buildings are destroyed and religion forbidden – it is the purest terror that eventually leads into a civil war. Mao Zedong dies in 1976 and the country is taking a new path, which output we know today.